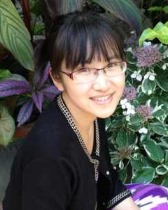 Youjia Li is a doctoral candidate specializing in early modern and modern Japanese history. She is particularly interested in global history, colonialism, history of science and technology, environmental history, and urban history.

Her dissertation “The Muscle-Powered Empire: Organic Transport in Japan and its Colonies, 1850 – 1930” examines muscle-powered transportation technologies – namely rickshaws and human-powered railways – in Japan and Colonial Taiwan. This dissertation demonstrates how small-time businesses stimulated the unexpected proliferation, the large scale of application, and the surprising longevity of organically powered transport technology. It argues that modernization, infrastructure upgrades, and empire-building are not always about expanding the scale of advanced technology. Sometimes organic forms of technology and smaller businesses’ efforts are equally crucial in defining the nature of modernity and colonialism.

She has also done research about demographic history in Nagasaki during the Tokugawa period, and media coverage of Japanese prostitution in Shanghai in the 1870s-1890s. At Northwestern, she is a participant in the interdisciplinary cluster for Asian Studies, Science in Human Culture cluster, and a Global Impact Fellow at the Buffett Institute for Global Affairs.

Youjia grows up in Beijing. She holds a B.A. in International Politics from Peking University with a double degree from Waseda University in International Liberal Arts. She also has two M.A.s in East Asian Studies from Yale University and Stanford University. Before coming to Northwestern, she worked in an education NGO in Shanghai.