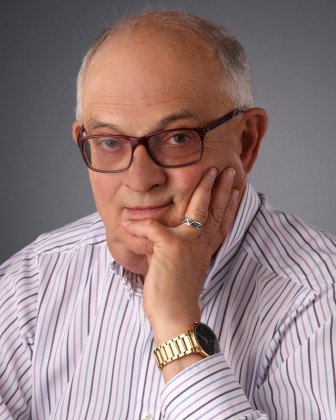 Michael S. Sherry, the Richard W. Leopold Professor of History, retired this summer having spent 44 years on the Northwestern history faculty, which he joined in 1976. Born and raised in Muncie, Indiana, Mike attended college at Washington University before earning his PhD at Yale University. For over four decades Mike was an admired and beloved colleague and mentor, a fixture in Harris Hall where his door was always, literally, open to all.

The first openly gay member of the history faculty, Mike brought both intellectual and sociological diversity to the department, publishing works on war, politics, and culture in modern US history. He is the author of five books, including the Bancroft Prize-winning The Rise of American Air Power: The Creation of Armageddon in 1987, and his latest effort, The Punitive Turn in American Life: How The United States Learned to Fight Crime Like A War, will be published by UNC Press this fall. In between, he published Gay Artists in American Culture: An Imagined Conspiracy, bringing his discerning eye to what was then an emerging field, and one close to his heart.

His innovative questions, sources, and methods have had a particularly significant impact on the field of diplomatic history, where he challenged the distinction between the foreign and domestic in US historiography by highlighting the importance of language and culture in US foreign policy. Mike focused on the imaginative and evocative elements of American thinking about the world, finding unexpected dimensions in a familiar story. He served on the Council of the Society for Historians of American Foreign Relations from 2013 to 2016. He served as Assistant Dean for Freshmen, then as Associate Dean for Faculty in the Weinberg College of Arts and Sciences from 1994 to 2001. From 2006 to 2017 he chaired the Leopold Lecture committee, bringing leading voices in international relations and public policy to campus.

Mike was a prolific graduate adviser, supervising 32 doctoral dissertations and serving on dozens more dissertation committees, giving generously of his time and offering the kind of guidance that allowed each student to find her own voice. In 2002 he pioneered the department’s first dissertators’ workshop for students writing dissertations in US history, which he has led ever since. He has also been a frequent and active adviser to undergraduates in the Leopold Fellows program. As one would expect given his diverse interests, his students have written on a wide array of topics in a variety of fields, and have themselves been a diverse group. Together with his innovative scholarship, Mike’s commitment to mentoring students of varied interests and backgrounds has changed who writes and teaches history and how. One testament to his work in that regard is Northwestern’s Gay and Lesbian History course, among the first in the nation when he created it in 1988. Now taught by Mike’s former doctoral student Lane Fenrich (NU PhD 1992), it remains among the department’s most popular courses. Mike also long taught a popular undergraduate course on American Cultural History that made heavy use of popular films and, in more recent years, a course titled “Go Directly to Jail: The Punitive Turn in American Life,” drawing on his latest research.

Mike was also an adviser and sounding-board to countless colleagues over his decades at NU, offering sage advice on everything from advising to publishing to parliamentary procedures. Humble and easy-going but also serious and hard-working with a passion for graceful prose, he was instrumental in making Northwestern a welcoming and stimulating place to teach and learn. We wish him continued success in his retirement.