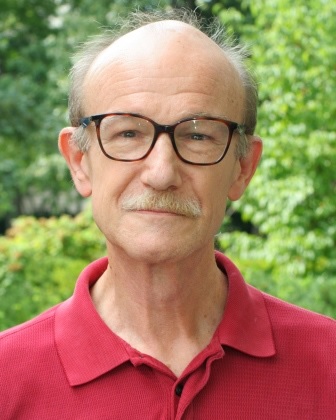 Conscientious. Perceptive. Collegial. Brilliant. Those were some of the words that colleagues warmly used to describe John Starkes Bushnell, when we gathered virtually on June 20, 2020, to celebrate his retirement. Originally, the department had planned to honor John and his academic achievements in person at a workshop focused on how research in the former Soviet Union had changed over the course of his career. With the suspension of face-to-face events this spring, we postponed that event and instead held a Zoom gathering for which faculty prepared video tributes and chose virtual backgrounds related to John’s many academic interests: images of Russian soldiers, graffiti in Moscow, and peasant women (who may not have married), to name a few.

John Bushnell has been a pillar of the Northwestern University History Department for four decades, from his arrival in Evanston in autumn 1980 to his last full quarter of teaching in spring 2020. His contributions to the intellectual life, governance and comity of the department have been unparalleled. Formally, his service included multiple tenures as Director of Graduate Studies and a term as Associate Dean of Weinberg College. Informally, he has been valued as a supportive and engaged colleague. At practically every talk, John was the first out of the gate to ask a challenging—and good-natured—question that stemmed from a genuine intellectual interest, regardless of how far the topic might be from his own areas of specialization. For John has never been narrowly interested in “only” Russia, but has always demonstrated a commitment to engaging with the study of history across geographic, chronological, and thematic boundaries. John has especially excelled as a reader of his colleague’s scholarship, always ready to put aside his own work to be a critical and supportive audience for theirs.

Over the years he has taught a range of thoughtful courses to thousands of undergraduates and graduates on Russia, the Soviet Union, Marxism, and European history. He has welcomed engagement with his students as much as with his colleagues. Years ago he abandoned traditional lectures as the medium for his sequence on modern Russia. Instead, he handed out his lecture notes to his students and expected them to come to class prepared to discuss and critique them with him. In this unusual spring 2020, when the traditional classroom ceased to be, John’s method, long successful in making students into historical thinkers, allowed him to engage students spread throughout the world, happily providing one of his most satisfying class experiences.

John’s scholarship has demonstrated the same commitment, brilliance, and engaged eclecticism evident in his teaching and service. Over his career his dozens of articles and his major books on soldiers in the 1905 Revolution (Mutiny amid Repression, 1985), on graffiti in the waning years of the Soviet Union (Moscow Graffiti, 1990), and, most recently, on Peasant Women Who Would Not Marry (2017), have made him a recognized authority in Russian history in North America and abroad.

We would like to express our unmitigated gratitude for all that John has contributed to the department over his illustrious career and our warmest wishes for all that may follow.