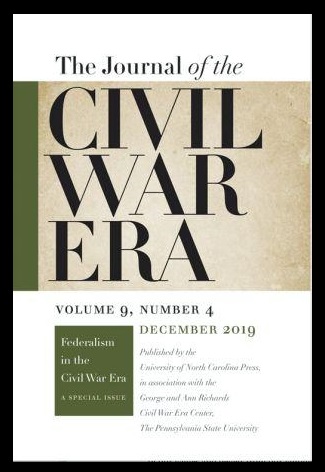 Kate Masur has been appointed co-editor of the Journal of the Civil War Era, publisher of cutting-edge scholarship on the United States in the mid-nineteenth century. She is taking on the job with her frequent collaborator, Gregory Downs, professor of history at UC-Davis (and MA graduate of our department). Masur and Downs have already worked together on a number of projects including co-authoring the National Historic Landmarks Theme Study on the Era of Reconstruction for the National Park Service (2017) and co-editing a volume of essays, The World the Civil War Made (2015). They previously served as associate editors of the journal and are honored and excited to take up this new role. Since its inception in 2012, the journal has emerged as a prominent conduit for new research, state-of-the-field essays, and book reviews. It has an active online presence at Muster, and you can find it on Twitter @JCWE1. The journal receives extensive support from the Richards Civil War Era Center at Penn State, home of the managing editor and graduate assistants. Still, Masur looks forward to roping colleagues and students into conversations about how best to represent the critical and convulsive Civil War Era in the journal’s pages.