Applying to Graduate School in 2020 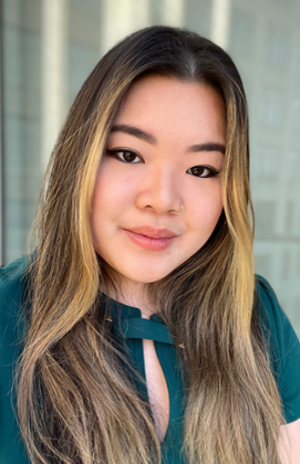 Every year  graduating seniors confront life post-Northwestern with hopeful anticipation, perhaps a dash of concern as they contemplate the unknown, and inspiration provided by the multitude of possibilities. Fiona Asokacitta writes of her decision, pandemic notwithstanding, to pursue graduate study in the UK, where she has been accepted to programs at both the University of Cambridge and the University of Oxford.

My decision to pursue graduate school was not easy nor clear from the start. Coming from Indonesia as a first-generation college student, I did not even consider that academia was a viable option for me beyond college. As a History major at Northwestern however, I was fortunate to have the guidance of unfailingly supportive mentors. At the end of my Sophomore year, I took Professor Haydon Cherry’s history class on Contemporary Southeast Asia. The class, along with research seminars I took that quarter, opened my eyes to the world of academic research. I began to seriously pursue my love for Indonesian history, with the support of Professor Cherry.

I have always wanted my research to be interdisciplinary­—combining the methods and approaches of History, Art History, and Anthropology. When I began to consider what I wanted to study for my own research, Professor Cherry, as well as my advisors in the Art History department encouraged me to pursue interdisciplinarity. Despite not having a specific major or concentration to study Indonesian and Southeast Asian History, this interdisciplinary approach allowed me to ‘design’ my own undergraduate education to support my future academic goals.

I began to seriously consider pursuing graduate school in the middle of the Junior year. I was sure during my first two years of college that I wanted to pursue a career in commercial art. I spent my first three years at Northwestern dividing my time equally between classes and various internships and job opportunities in the arts. I wanted to know what working in industry was like, and I was glad I did. My exposure to both academia and industry helped solidify my decision to pursue graduate school straight out of Northwestern.

It was daunting to decide to go to graduate school right away. I began the process last Spring, quickly realizing how unprepared I was. I knew what I wanted to study—didactic Indonesian dioramas from the Cold War­—but I had no credentials. I had spent my entire time at Northwestern accumulating work experience, but I had nothing on my academic CV. I panicked, doubted myself, and felt hopeless for some time. I knew that as a first-generation international student it would be an uphill battle not just to go to university, but to then pursue academia. I sought advice from my mentors, my bosses, and ex-bosses, the Northwestern Career Services, and anyone in academia who would talk to me. I began to submit my papers for publication and for conferences. Eventually, I began to see the fruits of my labor that Summer, having accrued enough advice and academic accolades to feel relatively secure in applying to graduate programs.

In deciding which graduate school to attend, I felt entirely lost at the beginning. Working in a very niche, and perhaps, dying, field, I knew that it would be difficult to find the right match. I was also torn between pursuing a PhD right away or doing a Master’s first. Eventually, the answer arrived serendipitously. I attended a Q&A session with a Gates Cambridge scholarship recipient from Northwestern. That session, in addition to the obsessive research that followed, opened my eyes to opportunities in the UK.

I had not seriously considered the UK as an option for graduate school until then, but I quickly realized that it was the right fit for me. I knew that in going to graduate school I did not plan to become a tenure-track professor, but rather wanted to work within the museum and heritage sector. I was wary about the time-commitment and professorial track of American graduate school programs. I found with the UK however, that the graduate programs were better suited for those who intended to work in industry after. In my search for the right program and possible advisor, I discovered a few that supported my interdisciplinary approach. These programs were the Visual, Material and Museum Anthropology Master’s program at Oxford and the Heritage Studies program at Cambridge. I felt reassured to pursue a Master’s first in the UK, as it could be part of a 1+3 years or 2+2 years program with a DPhil or PhD. Additionally, I wanted to take the Master’s as a conversion course as I was never formally trained in Anthropology at Northwestern.

Being accepted to both Cambridge and Oxford was and is almost unbelievable to me. I eventually decided to accept the offer at Oxford. It was a difficult decision, but ultimately, I wanted to be housed within a department best suited to support my projects in visual and material anthropology. In deciding, I was also cognizant of the long, often-fraught history of Anthropology and Archaeology at Oxford and Cambridge. I realized however, that this history, as well as my position as an insider scholar studying Indonesia offers a potentially very fulfilling, nuanced, and enriching academic experience. I am beyond excited to see what this next chapter holds for me, and I am deeply grateful for the History department, and all the people in it that helped to make this dream a reality.