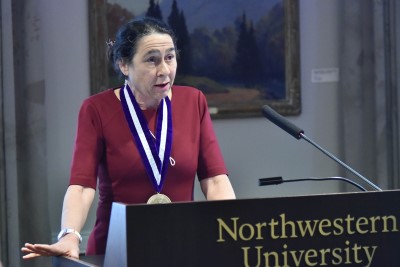 In April, Laura Hein was awarded the Harold H. and Virginia Anderson Chair of History for her scholarly contributions. Her most recent book, Post-Fascist Japan: Political Culture in Kamakura after the Second World War, Bloomsbury, 2018 is currently being translated into Japanese. Both of the Andersons were Northwestern graduates, who met in college before Harold graduated with a degree in Economics in 1924 and Virginia in Psychology in 1925. They remained active in Northwestern affairs and Harold was a life trustee when he passed away in 1988.