Congratulations on graduating from college, graduate school and achieving outstanding awards in history! Although we are not able to gather in the Harris Hall Leopold room this year, we still want to recognize our students and appreciate you being here today to celebrate our graduates and award winners.

We hope that this virtual celebration will give you and your loved ones the opportunity to share this experience together in a meaningful way. Thank you for being a part of the History Department’s end of year celebration. 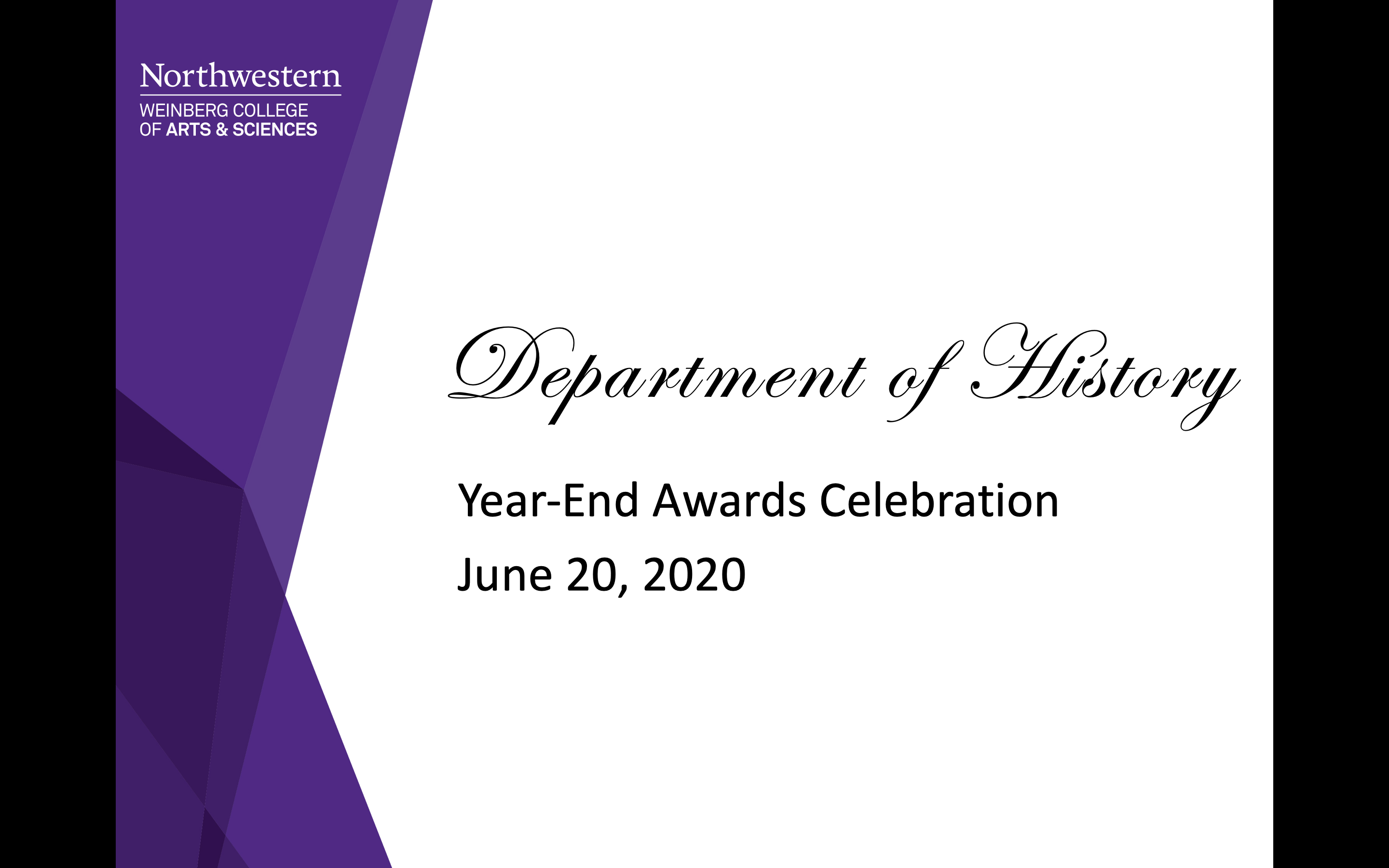 We recognize our graduates, both undergraduate and Ph.D., award winners, and those who have made special marks in the department. Click to view slideshow presentation which includes details, photos, and some statements from our distinguished honorees. 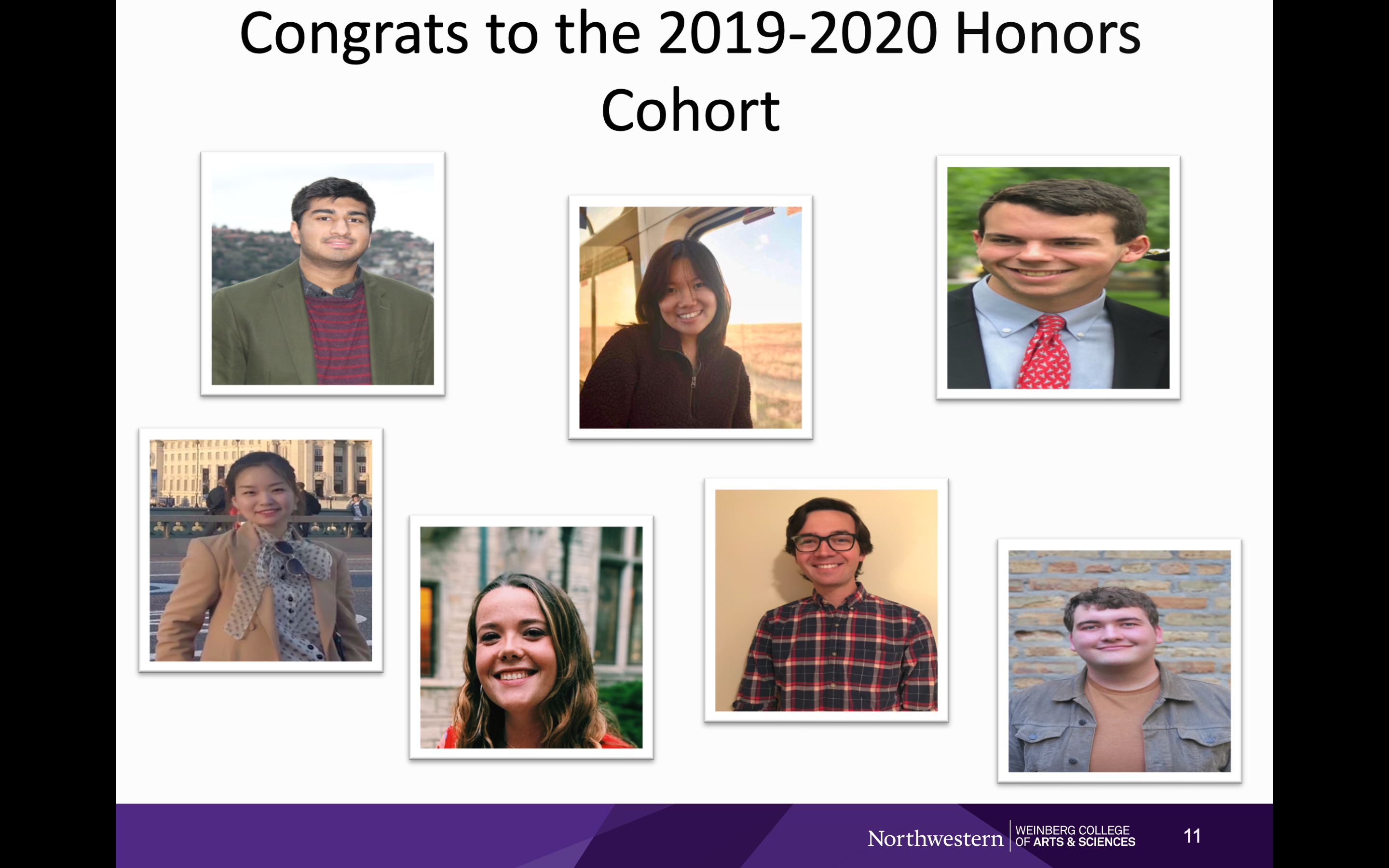 We congratulate our honors recipients on a successful year! 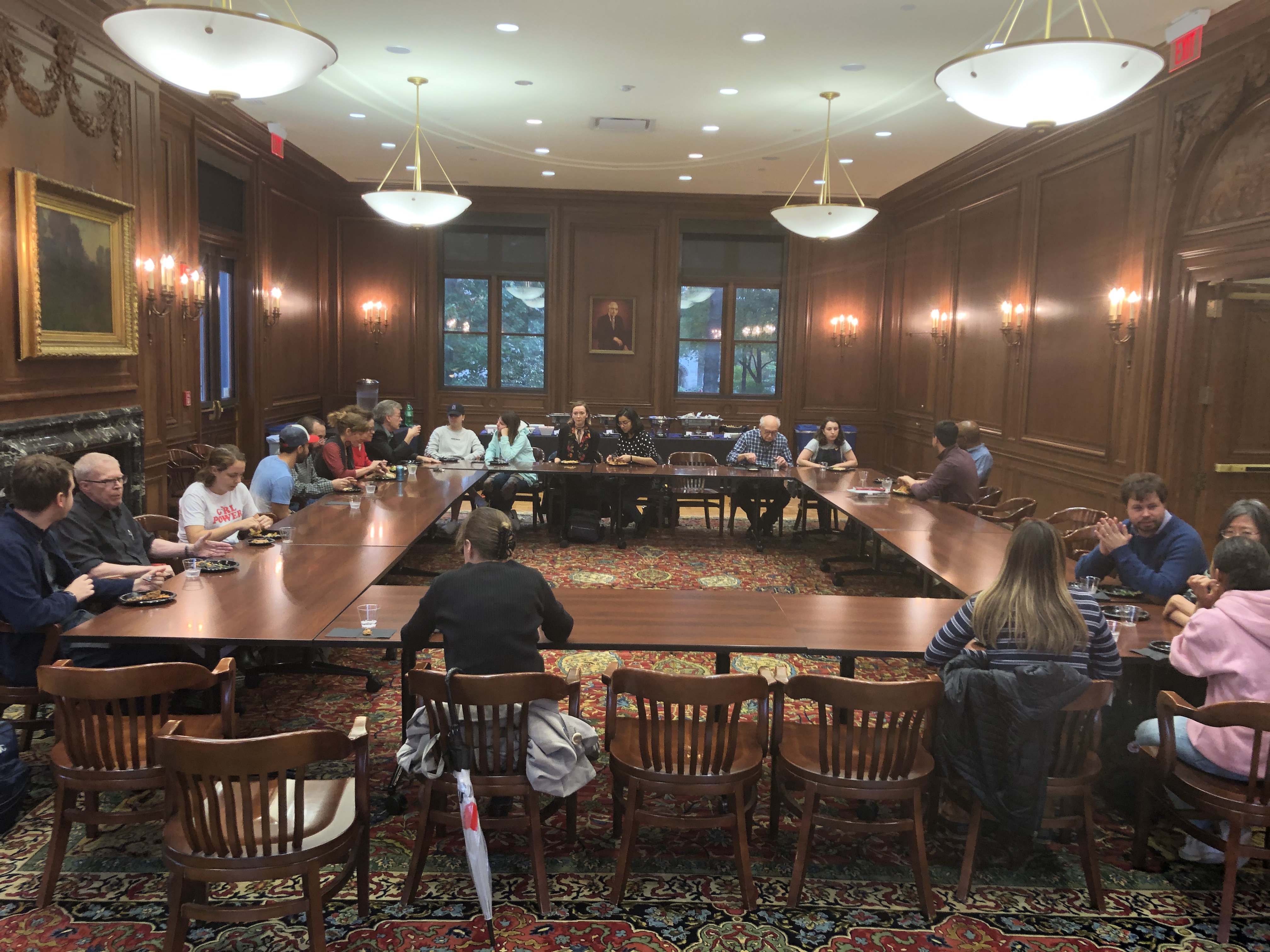 The department bestows several awards each year to undergraduates who have completed exemplary work in various fields of study. 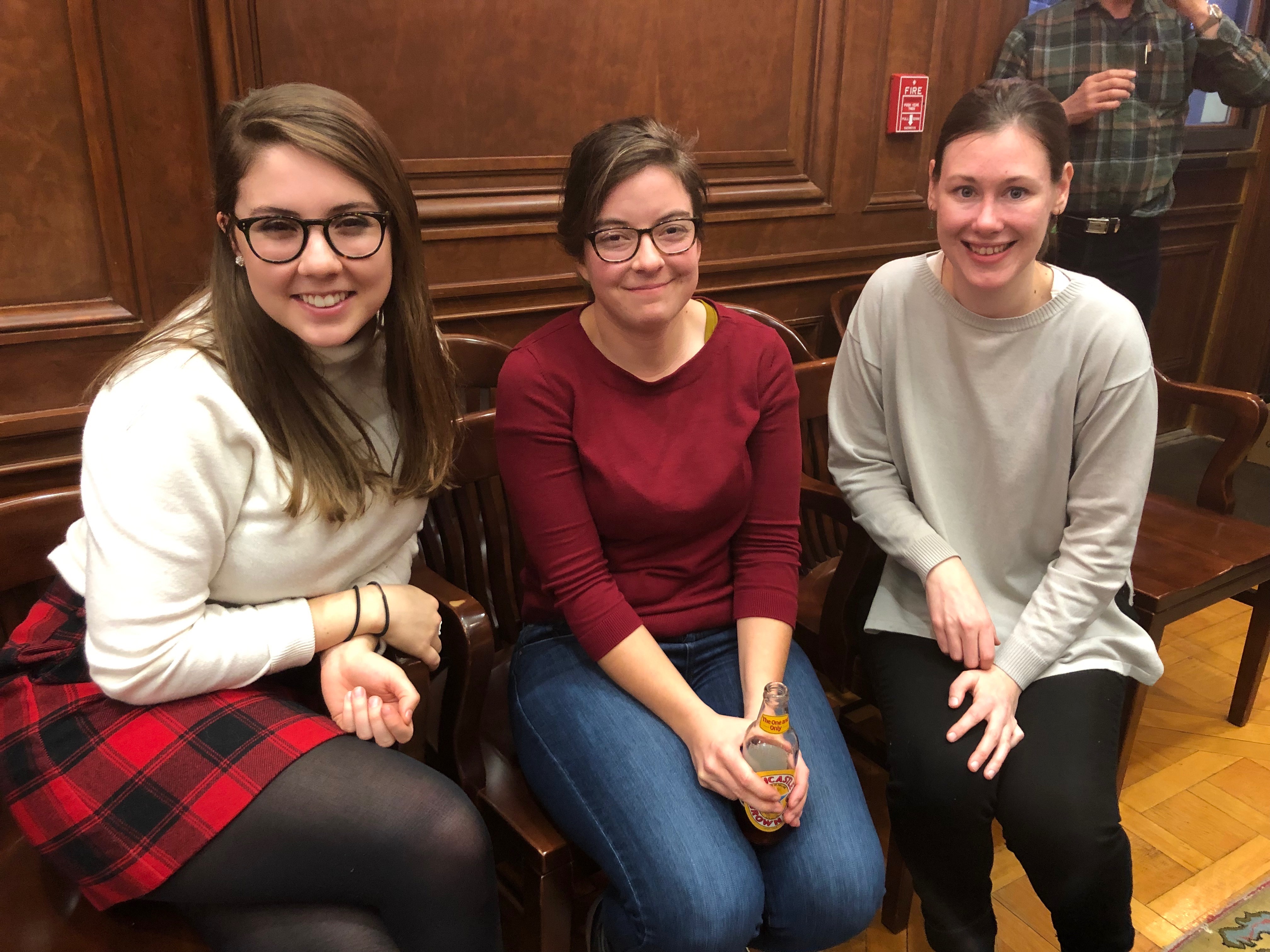 After a year of hard work, research, analysis and a tumultuous spring quarter, these students have triumphed and earned the distinguishment of being Department of History Honors Recipients.

Elizabeth Perkins, “’Equally Determined to Send Their Children’: Pro-Integration Activism and the Persistence of Segregation in the Public Schools of Southern Illinois, 1874-1952”; Advisor: Kate Masur

Jacob Lassner prize for best undergraduate essay in Jewish or Islamic civilization written for any department or program - Netta Keesom, “Our Dear Nations’ Esther Azhari Moyal and the Silhouette of an Arab-Jew," for Professor Ipek Yosmaoglu's HISTORY 393-0-24 Ottoman Jews in the Age of Nationalism, Fall 2019.

First-year Seminar Essay Award is given annually for the best History first-year seminar final paper - Eman Akhtar, “I Had Joined the Struggle Like One Joins a Religion’ Religion, Gender, and the 1984 Family Code," for Professor Daniel Immerwahr's HUM 101-6-21: Empire, Fall 2019.

Claire Arnold, “The Demands of Distance: Global British Families and the World, 1830-1914.”

Back to Top
Back to top