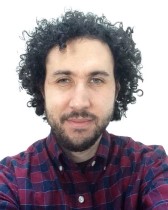 Max Lewontin is a doctoral student in history. His research interests are in black radical activism in the early 20th century, particularly focusing on the city of Boston, Massachusetts. He researches connections black activists made across borders with global freedom movements in the Caribbean and Africa in a period of rapidly increasing immigration to the United States, particularly from the West Indies.

Before coming to Northwestern, Max worked as a reporter for the Christian Science Monitor, the Chronicle of Higher Education and other publications. He holds a B.S. in Journalism from Boston University and an M.A. in History from King’s College London.