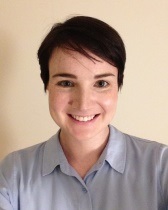 Alexandra De Leon is a first-year doctoral student studying modern Japanese history and memory of the Asia-Pacific War in Japan. She is particularly interested in the representations of memory of the war in art and visual mediums. She earned her B.A. in Asian Studies from the University of San Francisco. Her senior thesis, “Nuclear Power in Japanese Culture: From Hiroshima and Nagasaki to Fukushima,” explores the role of nuclear power in Japanese culture and the Japanese artistic responses to the country's nuclear disasters. After finishing her bachelor’s, she worked as an Assistant Language Teacher in Nagasaki, Japan for two years before beginning her graduate studies.