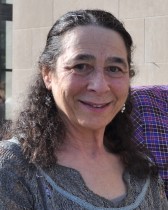 Laura Hein (Ph.D., Wisconsin, 1986), the Harold H. and Virginia Anderson Professor of History, specializes in the history of Japan in the 20th century, its international relations, and the effects of WWII and the Cold War.   Her most recent book is Post-Fascist Japan: Political Culture in Kamakura after World War II, Bloomsbury Press and a Weatherhead Institute Imprint book, 2018.  A Japanese translation for Jinbun Shoin Press is in press, scheduled for 2022.  It explores Japanese local political culture in the aftermath of total war and political repression, and the efforts of her historical subjects to repair the damage done by what they described as fascism.

One of her research streams focuses on debates over economic policy and the implications of various economic theories. Her 2004 book Reasonable Men, Powerful Words: Political Culture and Expertise in 20th Century Japan, explores various ways in which economic expertise intersected with politics through a study of the lives of a tight-knit group of Japanese intellectuals. It was published in Japanese as 理性ある人びと 力ある言葉 ―― 大内兵衛グループの思想と行動. She also has published on economic policy, energy policy, and the ideology of economic growth in postwar Japan, particularly Fueling Growth: the Energy Revolution and Economic Policy in Postwar Japan, 1990, which began life as a dissertation at the University of Wisconsin-Madison.  Her most recent publication in this stream is H-Diplo Roundtable on Alan Bollard, Economists at War: How a Handful of Economists Helped Win and Lose the World Wars, Oxford: Oxford University Press, 1 February 2021 | https://hdiplo.org/to/RT22-24.

She also has a strong interest in problems of remembrance and public memory, resulting in five co-edited books.  The most recent is  Imagination Without Borders: Visual Artist Tomiyama Taeko and Social Responsibility, Center for Japanese Studies, The University of Michigan, October 2010, centered on the work of a contemporary Japanese visual artist. This book was selected for permanent free on-line status in October 2019 by the University of Michigan Press through the Humanities Open Book project, funded by the National Endowment for the Humanities and the Andrew W. Mellon Foundation. See here for an Online review of Imagination Without Borders.  Imagination Without Borders is accompanied by a trilingual website created by the Northwestern University Library Digital Scholarship Services.  Earlier books focus on the atomic bomb, history education, transnational responses to 9.11, and the distinctive experience of Okinawans in postwar Japan. For a nice K-12 curriculum featuring Islands of Discontent: Okinawan Responses to Japanese and American Power, co-edited with Mark Selden, (Rowman & Littlefield, 2003) see Columbia University's Expanding East Asian Studies page; also an Online review of Islands of Discontent.

Laura Hein is active as an editor and serves on the boards of several journals.  Her current main editorial project is to oversee a new edition of the Cambridge History of Japan, in press for 2023.  The first volume, Premodern Japan: A Millennium of Evolving Themes, traces the archipelago’s history through the late sixteenth century. Volume two, Early Modern Japan in Asia and the World, carries the narrative into the late nineteenth century. The third volume, The Modern Japanese Nation and Empire, brings the story to the 21st century.  She has won NEH, SSRC, ACLS, Japan Foundation, and three Fulbright research awards.

Laura Hein’s Own Essays and Editor's Introductions at Asia-Pacific Journal: