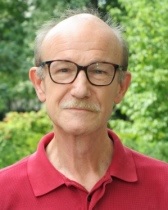 John Bushnell (Ph.D., Indiana University, 1977) spent four years in Moscow, three of them working as a translator for Progress Publishers (and the Russian Patriarchate) as graduate student, while also conducting research for his dissertation. He has since spent much time in Russia, has worked in many Russian archives, and has published articles in Russia.