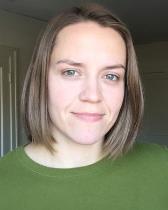 Rachel Wallner is a Ph.D. candidate working on the history of Chinese science as it illuminated contested physical spaces in China’s maritime world.  Her dissertation, “Knowledge Politics, Science, and the Struggle for Power in the South China Sea, 1890-1966,” follows late-Qing surveyors, Republican-era geologists, post-1949 biologists and other practitioners who crafted authoritative knowledge of the seas amid waves of geopolitical tension.  Rachel borrows approaches from science studies and literary analysis to explore the relationship between Chinese politics and culture on one hand and transnational intellectual exchange on the other.  She argues that this relationship produced a modern discourse of Chinese nationhood in the seas.  Her archives are located in Hong Kong, Taiwan, Japan, France, and on Mainland China.

Rachel’s research has been supported by the Fulbright Program, the Association for Asian Studies China and Inner Asia Council, the Buffet Institute for Global Affairs, and Northwestern’s Science in Human Culture Cluster.  She has received extensive language training in Chinese and Japanese, including three years of full-time study in Chengdu, China, one of her favorite cities in the world.  When not focused on oceans, Rachel enjoys mentoring first-generation college students and exploring the forests of her native northern Wisconsin.