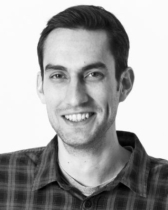 Moritz Nagel is a PhD candidate in African History. For his dissertation “As Duala Set Prices, the People Purchased”: A Cultural History of Wealth in Atlantic Africa, c.1650-1897, he is researching economic development in coastal Cameroon in the early modern world. He is particularly interested in the institutions that Africans created for the relay trade of enslaved persons, ivory, metals, salt, cloth, commodity currencies, and palm oil along the rivers flowing into the Cameroon estuary. Taking theoretical cues from economic anthropology, he investigates how Cameroonians employed corporate associations called Losango in the generation, accounting, and distribution of economic gains across the shifting politico-economic regimes of trans-Atlantic slaving, ‘legitimate’ commerce, and the early colonial era.

Moritz holds a B.A. in Area Studies Asia/Africa from the Humboldt University of Berlin and an M.A. in Economics from the University of Warsaw. During his undergraduate degree, he spent a year at the School of Oriental and African Studies (University of London). In 2016, his conference paper “Precolonial Segmentation Revisited: Initiation Societies, Talking Drums and the Ngondo Festival in the Cameroons” won the Graduate Student Paper Prize of the African Studies Association.