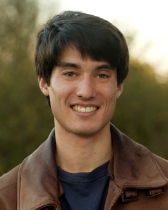 Jonathan Ng studies the political history of the US from the late-nineteenth century to the present-day. His work is concerned with themes including political representation, class struggle and the prominent place of violence in the making of US foreign policy. In past research, he has written about the widespread use of torture by American personnel during the Iraq War, and the historical trajectory of torture as an American policy instrument in the Middle East. More recently, his studies have focused on the deep relationship between US military and economic largess, in particular their complementary roles in guaranteeing a world safe for the interests of capital. Previously, Jonathan lived in Eugene, Oregon, where he earned a BA in history and political science at the University of Oregon.