Professor of History Emeritus; Peter B. Ritzma Professor in the Humanities Emeritus 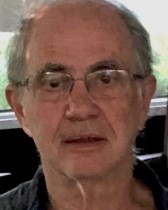 Robert E. Lerner (Ph.D., Princeton, 1964), Peter B. Ritzma Professor in the Humanities Emeritus, is a medieval historian working on millenarian movements, heresy, and religious, intellectual, and cultural history. He has written or co-authored ten books, including The Age of Adversity, The Heresy of the Free Spirit, The Powers of Prophecy, The Feast of Saint Abraham, Western Civilizations (co-authored), and Ernst Kantorowicz: A Life (recently translated into French, German, and Chinese). Two collections of his articles have been published in Italian and other articles have appeared in French, German, and Catalan. Recently he supervised an international project funded by the European Research Council dedicated to editing a large number of vernacular translations of a fourteenth-century Latin millenarian treatise. Currently he is working on an edition of unpublished articles by Ernst Kantorowicz.

A Fellow of the Medieval Academy and the American Academy in Rome, he has been a member of the Institute of Advanced Study and has won awards from the Guggenheim Foundation, the Woodrow Wilson Center for Scholars, the Max Planck Society of the Federal Republic of Germany, and the École des Hautes Etudes en Sciences Sociales (Paris).