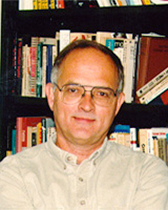 Michael Sherry (Ph.D., Yale, 1975) has been at Northwestern since 1976 and is the Richard W. Leopold Professor of History. He has taught and written widely about modern US history, including subjects now set aside (science and war, gay/lesbian history) and others recently emphasized (cultural history, the sixties, crime and punishment). He has also been a prolific book reviewer, in venues ranging from the obscure to the New York Times. In recent years his primary professional association has been with the Society for Historians of American Foreign Relations. Topics of his work change, but war, politics, and culture thread through all his work, including his current book project, Go Directly to Jail: The Punitive Turn in American Life.