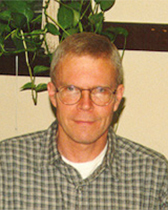 Carl Petry (Ph.D., Michigan, 1974), Hamad bin Khalifa Chair in Middle East Studies and Charles Deering McCormick Professor of Teaching Excellence, specializes in the Middle East (Nile Valley: Northeast Africa through Southwest Asia: Iran) from the advent of Islam to the late medieval period (6th-16th centuries C.E.). His research addresses the cultural and social History of pre-modern Egypt and Syria. His first monograph: The Civilian Elite of Cairo in the Later Middle Ages examined that city’s administrative and scholastic communities, based on a computerized data file of 5000 persons prominent in its literary culture during the 15th century. He has subsequently analyzed the political economy of Egypt preceding the Ottoman conquest (1517), with a focus on strategies implemented by its military rulers to maintain financial solvency during endemic budget deficits.

His next two monographs: Twilight of Majesty: The Reigns of the Mamluk Sultans al-Ashraf Qaytbay and Qansuh al-Ghawri in Egypt (a Choice Outstanding book, 1993), and Protectors or Praetorians? The Last Mamluk Sultans and Egypt’s Waning as a Great Power investigated this issue through a study of charitable trust deeds (waqfs) expropriated by these rulers to acquire enhanced revenues under the guise of Islamic beneficence.

Petry edited and contributed to volume I of The Cambridge History of Egypt: Islamic Egypt, 640-1517, a multi-authored survey of that country from the Arab conquest to the Ottoman occupation. His current research considers crime and criminal prosecution in medieval Egypt and Syria, recently published as The Criminal Underworld in a Medieval Islamic Society: Narratives from Cairo and Damascus under the Mamluks. He is also studying gender relations in pre-modern Muslim societies as depicted in medieval Arabic narratives. Petry’s research has been supported by the J. S. Guggenheim Foundation, the Institute for Advanced Study at Princeton, the American Research Center in Egypt, and the American Council of Learned Societies.

Twilight of Majesty: The Reigns of the Mamluk Sultans al-Ashraf Qaytbay and Qansuh al-Ghawri in Egypt, University of Washington Press, 1993.

Protectors or Praetorians? The Last Mamluk Sultans and Egypt’s Waning as a Great Power, State University of New York Press, 1994.

The Criminal Underworld in a Medieval Islamic Society: Narratives from Cairo and Damascus under the Mamluks, Chicago: Middle East Documentation Center, 2012

“’Travel Patterns of Medieval Notables in the Near East’ Reconsidered,” Everything is on the Move, the Mamluk Empire as a Node in (Trans-)Regional Networks. ed. by Stephan Conermann, (Bonn University Press, 2014), 165-180.

"The Hoax of the Miraculous Speaking Wall: Criminal Investigation in Mamluk Cairo," in Mamluks and Ottomans: Studies in honour of Michael Winter, ed. by D. J. Wasserstein, A. Ayalon (London: Routeledge: Studies in Middle Eastern History, 2005), 86-95.

"Educational Institutions as depicted in the Biographical Literature of Mamluk Cairo: the Debate over Prestige and Venue,” Medieval Prosopography 23 (2002), 101-123.

"Waqf as an Instrument of Investment in the Mamluk Sultanate: Security vs. Profit?," in Slave Elites in the Middle East and Africa ed. by Miura Toru and John Edward Philips (London: Kegan Paul, 2000), 99-116.

"Fractionalized Estates in a Centralized Regime: The Holdings of al-Ashraf Qaytbay and Qansuh al-Ghawri according to their Waqf Deeds," Journal of the Economic and Social History of the Orient 41, no. 1 (1998), 96-117.

Petry’s teaching interests range from gender relations in pre-modern Muslim societies to the politics of revolutionary Egypt under Gamal ʿAbd al-Nasser and Anwar al-Sadat in the mid-20th century. He has offered the following courses over the past 3 years:

Petry delivered the Ulrich Haarmann Memorial Lecture at the Annemarie Schimmel Kolleg for Mamluk Studies at the University of Bonn, Germany in May 2015 on the topic: “Gendered Nuances in Historiographical Discourses of the Mamluk Period.”  He was most recently listed on the ASG Faculty Honor Roll in 2013.