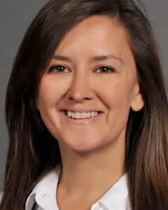 İpek Kocaömer Yosmaoğlu (Ph.D., Princeton, 2005) is a historian of the late Ottoman Empire and early Republican Turkey.  Prior to joining the History Department at Northwestern she taught at the University of Wisconsin-Madison and was a member of the Institute of Advanced Study in Princeton.  The primary question motivating her research is why and how people commit or condone violence in various forms.  Her first book, Blood Ties: Religion, Violence, and the Politics of Nationhood in Ottoman Macedonia (Cornell, 2014) traced the emergence of nationhood among Christian Orthodox peasants in Macedonia during the final decades of Ottoman rule in the region.  Based on archival research in Turkey, Greece, and France, the book traces how the proliferation of different apparatuses of power, and their diffusion among various actors such as state and political elites, guerrillas, simple opportunists, and the common folk, resulted in an escalation of violence, in both its symbolic and physical forms. It argues that this violence was not an outcome, but the principal cause of people’s mobilization into separate and antagonistic nations.

Yosmaoğlu is currently working on another book project, Regimes of Violence: War, Militarism, and the Making of the Turkish Nation, 1878-1939, that reconsiders the origins of Turkish nationhood through a study of demographic change and inter-communal relations in Thrace.  She has received awards and fellowships from the American School of Classical Studies in Athens, the Onassis Public Benefit Foundation, Sabanci University and the Brookings Institute, American Research Institute in Turkey, Andrew W. Mellon Foundation, and the National Endowment for the Humanities.

At Northwestern Yosmaoğlu has taught graduate seminars on Political Violence and methods in Middle Eastern studies; survey courses on the Ottoman Empire; undergraduate research seminars on early Republican Turkish history; WWI in the Middle East and North Africa; nationalism and war in the Middle East, and a freshman seminar on the Armenian Genocide.