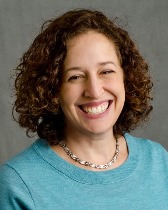 Shana Bernstein (Ph.D., Stanford, 2003) is an historian of the twentieth-century United States, with a particular interest in social reform movements, including civil rights and environmental health and justice. Originally from Northern California, where she completed degrees at UC Berkeley and Stanford, she initially joined Northwestern as a Mellon Postdoctoral Fellow in Latino Studies before accepting a tenure-track position in History at Southwestern University in 2004. She rejoined the Northwestern faculty in 2014 as a Clinical Associate Professor of Legal Studies.

Her first book, Bridges of Reform: Interracial Civil Rights Activism in Twentieth-Century Los Angeles (Oxford, 2011), reinterprets U.S. civil rights activism by revealing its roots in the interracial efforts of Mexican, Jewish, African, and Japanese Americans in mid-century Los Angeles. It also argues that the early Cold War facilitated, rather than derailed, some forms of activism. Bernstein has also written academic articles on the history of environmental health and civil rights, and has written essays for CNN, The Forward, Talking Points Memo, The Hill, Pacific Standard, American Prospect, and the Austin American Statesman. She has received fellowships including from the Huntington Library and the Mellon Foundation, and is a distinguished lecturer for the Organization of American Historians.

Bernstein is currently working on a project that uses the history of strawberries as a lens for exploring the intersection of worker health, consumer health, and environmental health. She teaches undergraduate courses on comparative race and ethnicity, immigration, and health and inequality.