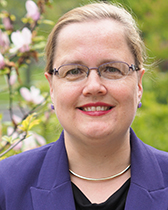 Elizabeth Lewis Pardoe (Ph.D., Princeton, 2000) serves as Director of the Office of Fellowships and as an affiliate of the Program in American Studies. Her academic work scrutinizes responses to religious and ethnic conflict in Reformation Europe and colonial North America.