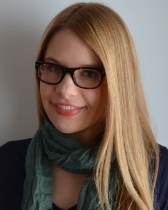 Sian Olson Dowis is a doctoral student in modern U.S. history. She holds a B.A. in History (highest honors) from the University of Michigan, Ann Arbor. Her research interests include social movements, political economy, urban planning and the built environment. She is particularly interested in how the national and global upheavals of the 1970s and 1980s manifested in American industrial cities. Her paper, “The Moral Economy of the Urban Crisis: Detroit, Poletown, and the Industrial Imaginary in the Age of Capital Flight,” won the history department’s George Romani Prize.