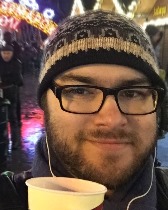 Lev Daschko is a doctoral candidate studying modern Eastern European history, with a focus on Bukovyna in the late-nineteenth- and early-twentieth century. He has presented papers on Ukrainian-language press’s treatment of Jews in First World War Galicia and Bukovyna, and the impact of Jewish postcard makers on Habsburg Czernowitz.

Lev is currently writing his dissertation on everyday borderland in Bukovyna, Moldavia, and Bessarabia. He also is a member of the Jewish Studies Cluster program. His topics of interest include urban history, visual studies, multiculturalism, Ukrainian-Jewish relations, and the First World War. Lev received an Honours B.A. in History and Political Science from the University of Toronto in 2010 and an M.A. in History from the University of Western Ontario in 2012.