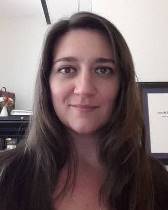 Katya Maslakowski is a historian of Modern Britain, the British Empire, and Science and Technology Studies. Her dissertation describes the development of counterinsurgency expertise and special forces techniques during the final decades of British Imperial power. Her research focuses on the Anglo-Irish War 1919-1921, civil unrest in Mandate Palestine 1918-1948, emergencies in Malaya, Kenya and Cyprus, and the Northern Irish Troubles of 1968-1998. Outside of the department, she participates in Northwestern’s interdisciplinary clusters in British Studies, and in Science and Human Culture, and is the 2017-2018 Chair of the Long Nineteenth Century Colloquium. Before coming to Northwestern Katya earned an MA at Loyola University of Chicago in Modern British History, and an MA from the University of Chicago in History of Religions.