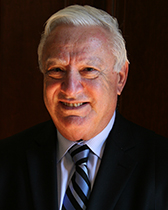 Elie Rekhess (Ph.D., Tel Aviv University, 1986) is a historian of the contemporary Middle East. His fields of expertise include: the Arab minority in Israel, contemporary Israeli history, the Israeli-Arab conflict, Palestinian politics, Political Islam, Hamas and the Islamic Jihad, as well as Water in Israel and the Middle East.

Until his retirement in 2010, Rekhess was a member of Tel Aviv University faculty and was the Founding Director (1995-2010) of its Program on Jewish-Arab Cooperation in Israel, sponsored by the Konrad Adenauer Foundation. Professor Rekhess still serves a Senior Research Fellow at the Moshe Dayan Center for Middle East Studies at Tel-Aviv University.