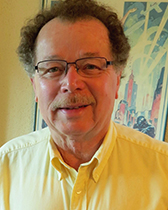 Henry C. Binford (Ph.D., Harvard, 1973) is a social historian of the 19th century United States. He is particularly interested in urbanization and city growth. Much of his work deals with urban sub-communities such as suburbs, industrial areas, and “slums.” He seeks to understand both how such areas functioned as elements of urban growth and how they were perceived by the people who lived and worked in them.